Set a fine or medium fine strainer over a heatproof bowl.
With a sharp paring knife, cut the vanilla bean in half lengthwise. In a large heavy bottomed pot (that holds at least 6-quarts) combine the vanilla bean pieces with the milk, butter, sugar, baking soda, and salt. Bring the mixture to a simmer, stirring frequently, especially around the sides of the pot. At first the milk will foam dramatically, and it may curdle, but will eventually smooth out. Continue to cook, frequently stirring in any foam on top and sweeping the sides, corners, and all over the bottom of the pot with a silicone spatula. Keep the mixture boiling briskly but not furiously without letting it overflow. The mixture will gradually turn a deep caramel color as it thickens. This may take from 60-90 minutes, depending on your stove and the size of your pot. The mixture becomes especially bubbly and foamy in the last stages of cooking: adjust the heat so that it bubbles actively but not violently and stir it very frequently, and then constantly (especially around the sides and corners of the pot) until done. It is done when the mixture is reduced to a generous cup and a little spooned over an ice cube thickens to a soft gel. Scrape the sauce into the strainer and stir and press it through. Be sure to scrape the sauce from underneath the strainer into the bowl. Cool the sauce slightly, then taste and adjust the salt. You can put the spent pieces of vanilla bean back into the mixture if you like. They will either keep on giving flavor or at least look as though they are. May be kept in a covered container in the refrigerator for at least 1 month
Posted by Alice Medrich at 7:40 PM 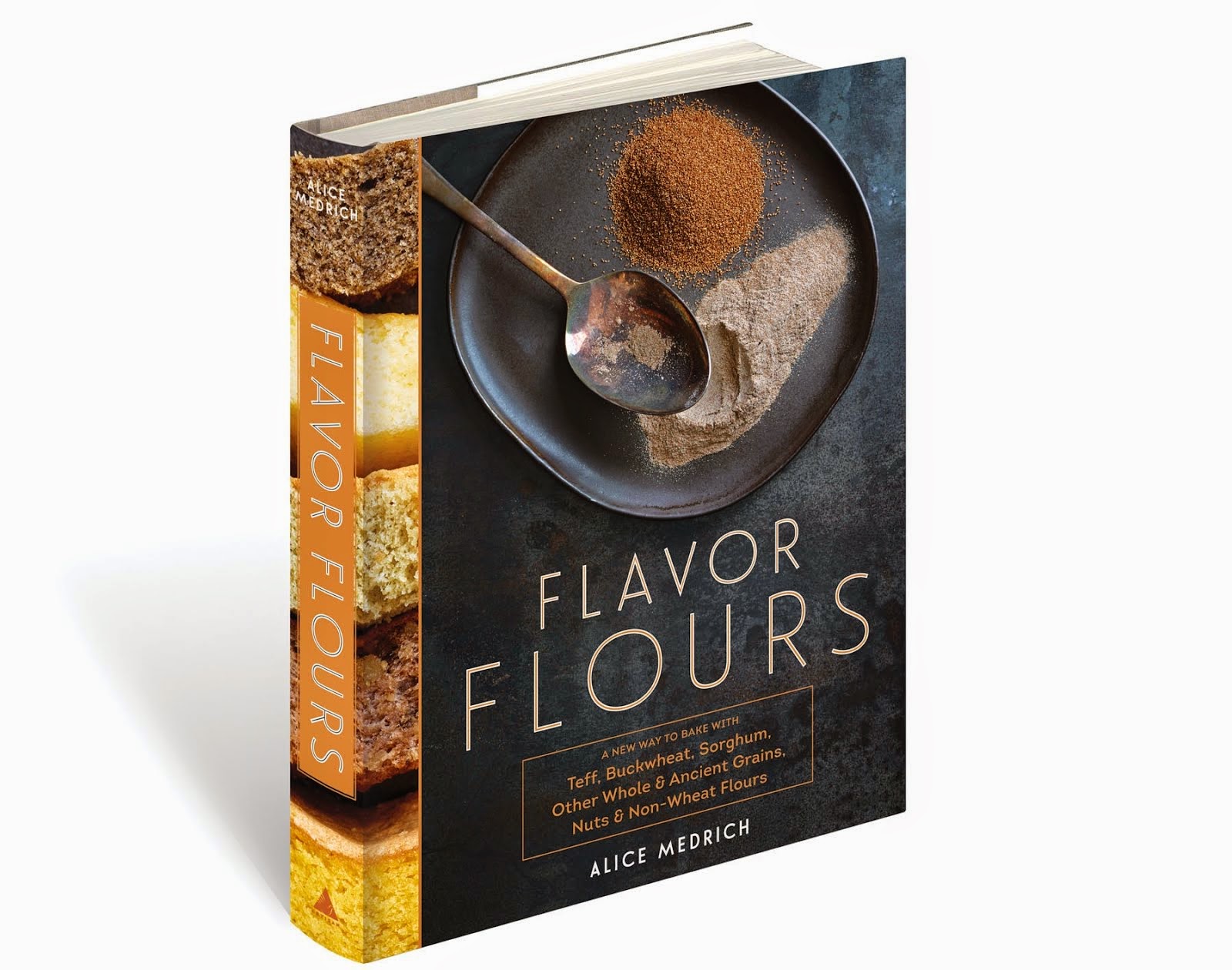 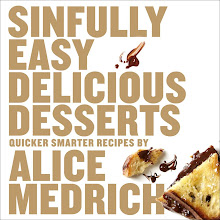 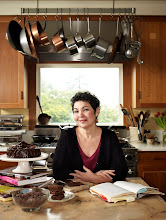